Jun Kang, the president of the corporation ‘World Yeomtasul Federation’, first established a martial arts studio with a slogan, “The Real Hapkido” in 1996. This becomes the start of the Gongkwon Yusul and the root of Yeomtasul. However, the Yeomtasul has been developed before the birth of Gongkwon Yusul in 1996.

Even before establishing the Yeomtasul and Gongkwon Yusul association, president Jun Kang has been working as a master of Hapkido for a long time. Back then, Danbongsul (martial arts conducted with a tactical baton) was included in the two to three black belts program of Hapkido. Like Yeomtasul, Danbongsul is a technique that beats and dominates a counterpart with a short stick. The young master loved the tactical baton because of the Danbongsul’s convenience and practicality.

It is necessary to increase the length of the tactical baton and create a technique that police officers can use as an arresting technique. A new Danbongsul is created by removing unnecessary gestures from the Danbongsul in Hapkido and inserting a unique and creative technique.

Every time a technique is created, new skills needed for Danbongsul are established. The techniques developed for six months have now become 120 kinds. Some times after he first established a studio called ‘The Real Hapkido,’ these techniques were defined by ‘Yeomtasul.’

Before naming these techniques Yeomtasul, he conducted some operations to move Yeomtasul to Hapkido’s Danbongsul, but it was hard to transfer the Danbongsul techniques from a young master.

He had established around 600 technique systems and programs as a Yeomtasul for a few years but never presented them to the public. After the Gongkwon Yusul Association of Korea launched in 1998, the new form of martial arts called ‘Gongkwon Yusul’ was presented in the world. This has raised a big sensation either in the general society or in the martial arts world. He was totally crazy in Gongkwon Yusul.

He strived only for Gongkwon Yusul day and night, developed techniques, and systemized a manual and a program to popularize it. Today, Gongkwon Yusul is receiving a positive response not only in Korea but also internationally and has been developing itself under great popularity. This way, Yeomtasul is being forgotten gradually.

A new era of spreading Gongkwon Yusul to other countries is established. After April 2007, the seminar called “Grand Master Jun Kang’s Australia Tour Seminar” was once again held in April 2009.

The popularity of Gongkwon Yusul in Australia was unbelievable. He had a tour around Melbourne, Tasmania, Sydney, 타거라, 올룸바, Gold Coast, etc. Everywhere he went, the crowd was there closely packed.

One day, after a Gongkwon Yusul seminar in Gold Coast, he was resting with other masters. They were chatting and drinking beer in a living room with a carpet.

The wife of Vincent Bacon, who was the director of Gongkwon Yusul in Australia back then, gifted a tactical baton she made.

His name Jun Kang was also engraved on it. She also did not forget to mention that it was created with a pine tree, a precious tree only grows on the island of Tasmania. (Debbie Martin also owns two black belts in Hapkido)

In front of many masters, Deb Martin (Debbie Martin) asked if Danbonsul was included in Gongkwon Yusul. Kang answered, Gongkwon Yusul does not use weapons in principle, and Danbongsul is not part of it. But he also shared that he was good at Danbongsul.

He performed Danbongul with a tactical baton Deb Martin has gifted.

After his demonstration, all masters from different countries were impressed and interested.

Vincent Bacon advised Kang to restore the techniques of Yeomtasul and present them to the public when he gets back to Korea. After he returned, he totally forgot about Yeomtasul.

The reason he didn’t care about it was that he was skeptical about presenting an exclusive martial art just by using Yeomtasul, which only uses tactical batons.

Until Paul Rai from the Gongkwon Yusul department in Barcelona, Spain, came to Korea after a few months… 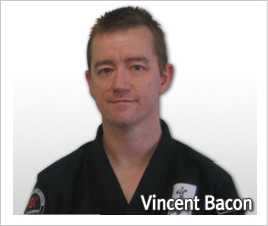 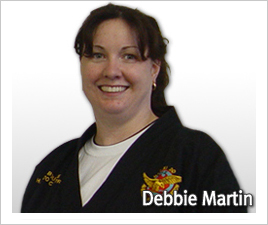 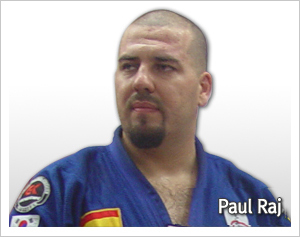 Paul Rai had to go through special training for two weeks.

Kang told Paul Rai the story about Australia. Rai got interested in Yeomtasul and told Kang that he wanted to come back next year with his employees to learn Yeomtasul.

“Why? Why do people find Yeomtasul amazing?”Kang started asking for advice from many martial arts experts at all levels. Everyone answered in unison that Yeomtasul is a technique that should not be buried.

Yeomtasul can not only apply the regular programs of the front-line studios, but everyone also predicted that it could be developed as a genre of martial arts like Nunchucks or Tonfa.

This is how the techniques of Yeomtasul have been established, and the program was introduced to the public.

Today, there are about 1,200 techniques in Yeomtasul.